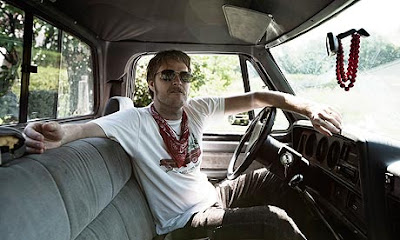 “…A thing of gentle charm & unmistakable cosmic American beauty. It is, for those of us who delight in the likes of Iron & Wine, our first contact with a new & wonderful songwriter” The Independent

“Poor Moon is a fantastic, on-repeat record that recalls the aesthetic risks and rewards of the best stuff produced by Laurel Canyon’s singer-songwriters and, decades later, the stylistically daring musicians associated with New Weird America" Pitchfork (7.8)

'Haw' - released 8th April on Paradise Of Bachelors - is an album of eleven songs about family, faith, and an ill-prophesied future, an artifact almost as archaic, lovely and seldom heard today as directional commands for beasts of burden. M.C. Taylor, who wrote these songs, once lived hard by the river Haw with his wife Abigail and their son Elijah—Well I come from the bottom of the river Haw, he sings—but he doesn’t live there anymore. Having followed the slipstream to the relative bustle of nearby Durham, North Carolina, he has composed a new clutch of tunes that conjure the half-remembered dreams of peace promised by our pasts.

Two of which - 'Red Rose Nantahala' and 'I've Got A Name For The Unborn Child' - have just seeped online. Hiss Golden Messenger tours in May: