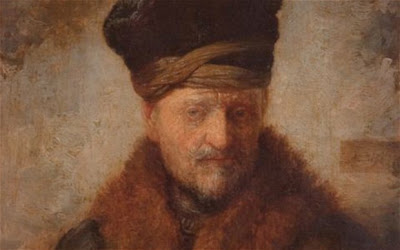 A painting by the 17th Century Dutch painter Rembrandt has been recovered by police in Serbia, seven years after it was stolen.

The portrait of the artist's father has been valued at almost $4m (£2.7m) and has been stolen twice in the space of 10 years.

Police recovered the painting 60 km (40 miles) south of Novi Sad, where it was stolen from the city museum.

Three other paintings stolen at the same time are still missing.

"Portrait of the Father" was recovered in the town of Sremska Mitrovica. The painting was previously found in Spain after an earlier theft in 1996.

Police have arrested four people in connection with the 2006 case.

The other paintings taken by the masked robbers in the Novi Sad theft include work by Flemish artist Rubens.

Serbia has earned an unenviable reputation for the theft of artworks, the BBC's Guy de Launey reports from Belgrade.

The country has a considerable collection of masterpieces but they have been locked away since the theft of a Renoir 17 years ago. The National Museum has been closed for renovation - including security upgrades - for more than a decade, our correspondent adds.