BP brings old masters back to Britain after 234 years 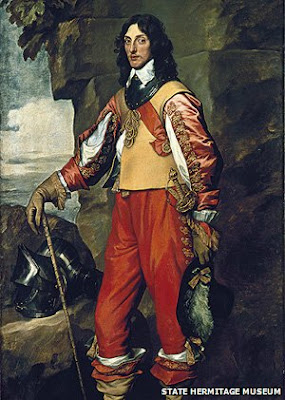 BP is to sponsor a new exhibition of lost masterpieces, which are returning to the UK after 234 years.

The paintings, which originally hung at Houghton Hall in Norfolk, were brought together by Britain's first Prime Minister, Robert Walpole in the 1720s.

The works are on loan from the Hermitage Museum in St Petersburg and other Russian museums, as well as the National Gallery in Washington and the Metropolitan Museum of Art in New York.

"There is a geopolitical element to BP's choice of sponsorship," activist Sam Chase told the BBC.

"It needs to maintain good relations with Russia, for example, so pumps money into Russian cultural life."

BP have invested over £10 million in partnerships with the British Museum, the National Portrait Gallery, the Royal Opera House, and Tate Britain.

In 2011, demonstrations took place outside Tate Britain in protest at BP's sponsorship and an 8,000-strong petition was handed to the Tate calling for an end to the partnership.

BP also sponsors a number of leading Russian cultural institutions including the Mariinsky Theatre in St Petersburg and the State Tretyakov Gallery in Moscow.

The organisers of the exhibition said without BP's sponsorship they "would not be able to realise such an ambitious project".

The prime minister spent lavishly during his lifetime, leaving his family with a sizable debt, equivalent today to around £6 million.

Thierry Morel, the curator of Houghton Revisited, described Houghton Hall as "a temple built to house the collection".

The house is now owned by Walpole's descendent, the 7th Marquess of Cholmondeley, who inherited the Grade I listed building in 1990.

Their return is "something I have always imagined," Lord Cholmondeley told the FT.

"Everything else is here: the furniture, the bronzes, the marble antiquities - the pictures were the missing ingredients."

The works will hang in their original positions in the house for the exhibition, Houghton Revisited.