Review: The Selecter at The Norwich Waterfront, 21st March 2013 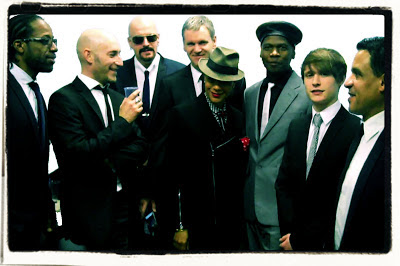 The Selecter at The Norwich Waterfront, 21st March 2013
Of the original wave of 2-tone bands The Selecter, as respected as they were, always seemed to trail in third or fourth in the popularity stakes behind The Specials, Madness and The Beat. Playing to a healthy and enthusiastic but by no means capacity crowd in Norwich, instead of packed arenas and big festival stages, it seems little has changed. As the eight piece line-up, fronted by original vocalists Pauline Black and Gaps Hendrickson, storm their way through a high-energy set merging old favourites with material drawn from 2011’s ‘Made in Britain’ and new release ‘String Theory’ the injustice of this becomes quickly apparent. While time has revealed all manner of flaws in their contemporaries (were The Specials maybe a little too earnest, and Madness just the wrong side of ‘nutty’?), The Selector stand proud as the real deal.

Back in the day their conscientious commitment to the rock steady groove may have lacked the pop sparkle of their stablemates, but it sounds as fresh today as it did thirty years ago; and like its parent genre (and the bands two vocalists) it obstinately refuses to show its age. As Pauline herself declares at the close of ‘Train to Skaville’, this is ‘seriously old school’ and all the better for it. It’s very much a mixed age audience, but they’re all of a mind and know what they’re here for. For over an hour the band works the crowd into a righteous sweat towards a final crescendo of ‘James Bond’, ‘Missing Words’, ‘Three Minute Hero’ and ‘On My Radio’ before exiting to tumultuous applause. One of three encores, a segue of ‘Two Much Pressure’ and ‘Pressure Drop’ provides further confirmation, as if it were needed, that these are the true masters of their craft.
www.theselecter.net
Neil B.