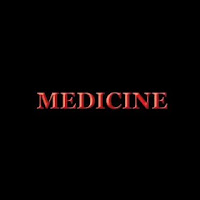 “Medicine”, King Pima Wolf and Big Medicine’s new album, contains just seven tracks, though it clocks in at an impressive 54 minutes. They’re obviously not a group to be rushed. Indeed, slow blues is their forte and they’re unafraid to let a song unhurriedly unwind, building tension as it develops and respite when it breaks like a wave. Musically, it’s consistently effective, and the band, King Pima Wolf on vocals, guitarist Mathew J. Ruffino, bassist Troy Ricciardi and drummer Michael Sversvold repeatedly bring to mind legendary blues-rockers like Free, the Allmans, or The Doors circa “L.A. Woman”.

Love and healing are the themes they’re promoting, and they’re ‘on massage’ from the off. They begin the album with “One”, a peaceful call to arms and a clear statement of intent. “Magic Man Blues” ups the pace and relocates to the swamps; Ruffino’s slide guitar providing thrills aplenty. “What'cha Gonna Do” arrives fully formed, like the illegitimate offspring of Deep Purple and Canned Heat, and final number “Good Day to Die” is upbeat and peculiarly positive, though ‘tomorrow is a good day to die’ is surely a universal truth, insofar tomorrow never comes.

Keep a look out for King Pima Wolf and Big Medicine. On record they’ve managed to breathe vital new life into a genre long past its prime; on stage I imagine they’re just as impressive.
www.kingpimawolfandbigmedicine.org
www.facebook.com/KingPimaWolfAndBigMedicine
Simon M.