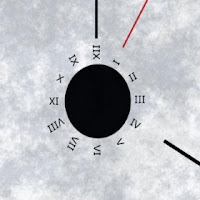 Billy Bloomquist is a singer-songwriter, photographer, painter, blogger and poet. He also recorded, produced and mixed his latest album, teaches guitar, songwriting and composition, and tennis. Ironically, his music is oft described as chill-out, something Bloomquist can rarely get round to doing much of, and in reality, that’s far too simplistic a description. There is an element of his style that relaxes and calms, but he’s a songwriter at heart, and it’s words that provide the core of his sound, rather than any laid-back, comfortably numb ambience.

Based in Wichita, KS, Bloomquist’s listed influences include erstwhile indie groups like Postal Service and Death Cab for Cutie, together with solo singer-songwriters like Jason Mraz and Regina Spektor. I’d like to add some others, including West Coast revivalist Jonathan Wilson, and there’s certainly a hint of David Crosby’s early solo work and John Martyn’s mid-‘70s earth tones to be heard within the grooves of “Actually”.

The album begins with “Et Cetera”, the first of several tracks that clocks in well over five minutes in length (the complete twelve-track album is over an hour long), and it sets the scene wonderfully. I’m sure it will remind some of the English singer-songwriters who dominated Cherry Red’s output at the dawn of the ‘80s, but it sounds very American, too. “Skeleton” is interesting; ukulele provides the majority of its backing, but it’s contrasted with booming percussion. The effect is better than it reads. Perhaps my favourite is “Waterfall”. Its almost conversational qualities are offset by shimmering acoustics, and the result is quite lovely.
www.billybloomquist.com
www.facebook.com/Billy-Bloomquist
Phil S.