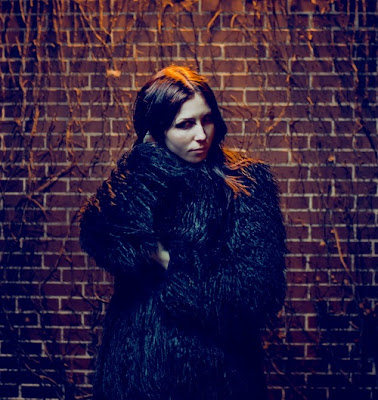 Northern California native, Chelsea Wolfe's sound is best described with broad strokes: elemental, intense, radiant, ancient yet modern, intimate yet expansive, dark and sparkling. Hues of black metal and deep blues inform her ever-evolving electric folk, a warm force that wraps itself around the listener.  Chelsea Wolfe will be heading back over to Europe this Spring for a headline run where she will be combining her sets of acoustic and electric songs, taken from last year's highly acclaimed album, Unknown Rooms and also songs from her new album due out later this year on Sargent House.

“Wolfe’s sound reaches new depths, as evidenced by the lead-off track, “The Way We Used To”. With very little beyond the cut’s hollowed-out drums and sparse harmonies as support, Wolfe’s voice is a gorgeous beacon of light and soul in a vast wilderness of despair.” – Consequence of Sound
“Wolfe’s bold, drastic break from character on Unknown Rooms is a successful one.” – Paste Magazine

“Her voice, in these wide-open arrangements, emerges as stunning” – Pitchfork