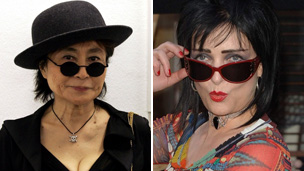 Siouxsie Sioux, Marianne Faithfull and Iggy and the Stooges head a list of acts chosen by Yoko Ono to perform at this year's Meltdown Festival.

Ono is curating the event which marks the 20th anniversary of the festival and coincides with her 80th birthday.

The festival takes place at London's Southbank Centre from 14-23 June.

Ono will dip into her back catalogue to kick off the event, with the singer also launching an extensive film programme she has put together, including rare footage of her and Lennon.

In her role as curator, Ono will follow in some illustrious footsteps, with previous hosts including David Bowie, Scott Walker, Jarvis Cocker, Ray Davies and Morrissey.

"It's not only a great honour to curate Meltdown in its 20th year, it's also a lot of fun to be able to invite many of my favourite performers, activists and favourite collaborators to join me," she said.

Jude Kelly, artistic director at Southbank Centre, said: "Yoko Ono is a fascinating artist, as are the collaborators she is bringing from all over the world.

"She's an energetic and inspiring peace and environmental activist and a champion for women's rights. It's a privilege to have her curating Meltdown's 20th anniversary."

One of the highlights of the festival will see the first live appearance from punk icon Siouxsie for five years.

The Siouxsie and the Banshees frontwoman will appear on 15 June and will be followed on stage by the Southbank Centre debut of New York-based Peruvian hip-hop artist Immortal Technique. 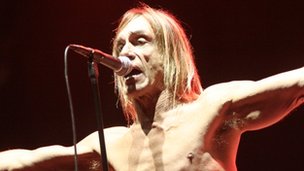 The Royal Festival Hall will witness the old and the new on 20 June when Iggy and the Stooges are supported by hotly-tipped all-girl punk group Savages, while down the road at the Queen Elizabeth Hall, Gordon will be performing with her latest incarnation Body/Head.

Elsewhere, 1960s singer Faithfull will team up with leading jazz guitarist Bill Frisell, while there will also be performances from Peaches and Patti Smith, with the full line-up yet to be confirmed.

Ono will bring down the curtain down on the festival by joining a group of special guests for the first live performance of Double Fantasy - the last album recorded by her and Lennon, which was released just three weeks before the former Beatle's death in 1980.