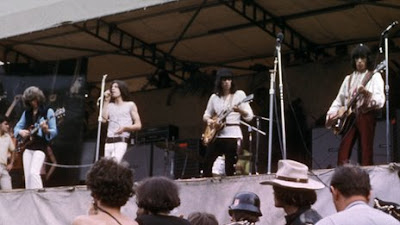 The Rolling Stones are to play a second date in Hyde Park following their sold out concert on 6 July.

The outdoor gigs will be the first time the band have played in the park since a legendary free concert for an estimated 250,000 people in 1969.

The second date on 13 July was added after the first sold out in a few minutes after going on sale last week.

They will take place a week after the rock legends' debut Glastonbury performance at Worthy Farm on 29 June.

Brit-award winner Tom Odell and chat-topping artist Jake Bugg will be part of the support for the second Hyde Park gig.

Both concerts are part of the band's 50 and Counting tour which also includes 18 dates in North America.

Lead singer Mick Jagger said he was leaving gaps between shows to allow recovery time for the band.

"You gotta pace yourself," the 69-year-old singer said. "We have enough time before we come back to England, so we'll be well recovered."

Last week, drummer Charlie Watts, said he was not keen to play Glastonbury and did not enjoy open air concerts.

"I don't want to do it. I don't like playing outdoors and I certainly don't like festivals," he told The Guardian.