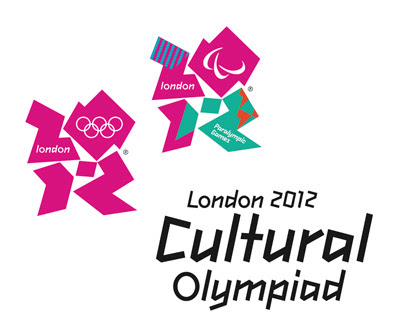 An official report into the impact of the London 2012 Cultural Olympiad says it achieved a "huge" level of public engagement.

The £127m, four-year arts programme began in 2008 and climaxed with the London 2012 Festival last summer.

The festival included a nationwide bell-ringing event, a bouncy Stonehenge and a string quartet in helicopters.

By September 2012, the report said, 29% of the UK population was aware of the Olympiad and the festival.

This figure rose to over 40% in London, it continued, adding the four years were believed to have seen 37.4 million attendances.

But one arts expert has questioned how effectively the message about the London 2012 Festival came across.

"The numbers do not lie," said Marc Sands, the Tate's director of audiences and media.

"Vast swathes of the UK population and tourists visiting the UK for that incredible summer in some way experienced the London 2012 Festival.

"However, much as they may have enjoyed the event they were attending, my lasting impression is that they were unaware they were participating in a festival.

"Six months on from the end of London 2012, many people look at you blankly when you ask them about the London 2012 Festival," he went on.

"They remember the Olympics clearly, but are a little fuzzier about the cultural festival.

"When you ask about the cultural events that comprised the festival, they remember them well and with much affection.

"Therein lay the marketing dilemma, a gap for the festival's communications and a challenge that marketing should have solved."

Sands was commissioned by the London 2012 Festival organisers to give his personal reflection on the 12-week event.

His essay was published on Thursday alongside the official evaluation of the Cultural Olympiad, by the University of Liverpool's Institute of Cultural Capital.

The report said the size of the Olympiad audience - including participants and volunteers - was estimated at 43.4 million, with an additional 204.4 million reached through broadcasts and online viewings.

Research showed that 19% of the population and 84% of London 2012 Festival attendees believed the festival made a "positive contribution" to the games.

In his introduction to the report, Tony Hall, chair of the Cultural Olympiad Board, said festival organisers had hoped the cultural programme would be "a game changer".

The intention, he wrote in his introduction to the report, had been "putting art at the heart of the Games themselves, showcasing UK world-class excellence with high economic stakes to play for cultural tourism and creative industries".

"Communities all over the UK participated with enthusiasm, and the majority have been inspired to carry on enjoying culture and creativity," he continued.

Formerly chief executive of the Royal Opera House and now director general of the BBC, Lord Hall took over the running of the Cultural Olympiad in 2009.

The Cultural Olympiad also included Unlimited - the largest ever commission of art by disabled and deaf artists - during the Paralympic Games.

Culture Secretary Maria Miller described the events of the previous year as an "enormous success".

Speaking at the launch of the report at London's Barbican, she said: "The Cultural Olympiad inspired an entire generation to really think again about how they participate in cultural events and activities."

Cultural Olympiad director Ruth Mackenzie said she had been to Rio - where the next Olympics will take place in 2016 - to discuss with arts organisations "how to put culture at the heart of the games".

£4.42m spent on marketing and communications

177,717 performances and events took place over the course of the Cultural Olympiad

By September 2012, 29% of the UK population was aware of the Cultural Olympiad and Festival; this went up to over 40% awareness in London