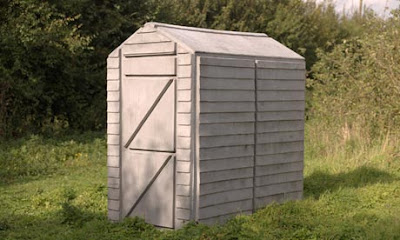 The installation, entitled Detached, depicts the empty interior of three standard sheds which have been rendered in concrete and steel.

The sculptures, together with assorted casts of windows and doors, are being displayed at London's Gagosian Gallery until 25 May.

Whiteread, 49, became the first woman to receive the Turner Prize in 1993.

She won the award for House - a concrete cast of the inside of an entire east London Victorian terraced property that was due for demolition.

In June last year, Whiteread revealed her first permanent public commission in the UK - a frieze of golden leaves high above a street in east London.

The Tree of Life sculpture fills a blank space above the entrance to the Whitechapel Gallery.

Whiteread said she made it "as a gift to the area, something that will brighten up someone's day".