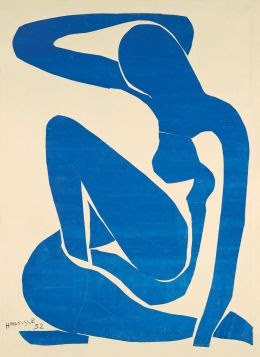 The Tate has announced a series of major retrospectives for the coming year, including exhibitions on Matisse, Turner and Mondrian.

London's Tate Modern focuses on Matisse's paper cut-outs, bringing together 120 works by the artist, while the Tate Britain looks at work from the last 20 years of JMW Turner's life.

Tate Liverpool's Mondrian and his Studios marks the 70th anniversary of the abstract artist's death. It will include a life-size reconstruction of his Paris studio.

The Matisse exhibition, which takes place next April, is the most comprehensive exhibition ever devoted to the artist's paper cut-outs made between 1943 and 1954.

Henri Matisse began working with cut-outs when ill health prevented him from painting. His earliest cut-outs, defined by their sculptural form and use of colour, will be shown alongside text handwritten by the artist.

The exhibition will also bring together Tate's The Snail 1953, its sister work Memory of Oceania 1953 and Large Composition with Masks 1953 - which, it is believed, were originally conceived as a unified whole.

Also at the Tate Modern, this spring, is the first retrospective to encompass the full scope of pop artist Richard Hamilton's 60-year career.

The London-born artist, who died in 2011, was often described as the founder of Pop Art. Yet his eclectic career encompassed much more, including a silk screen of the arrest of Mick Jagger, the cover of The Beatles' so-called White Album (1968) and a computer he designed himself.

Late Turner: Painting Set Free will reassess Turner's body of work during Turner's final years (1835-50) when some of his most celebrated works were created, such as The Blue Rigi, Sunrise (1842).

It will open at Tate Britain from September 2014.

Also at the Tate Britain in the coming months is a major retrospective of the work of leading British sculptor and early Turner Prize winner Richard Deacon, who achieved international recognition in the 1980s with works such as Tall Tree in the Ear.

There will also be exhibitions across the Tate dedicated to the work of abstract artist Kazimir Malevich, Germany's Sigmar Polke and a survey of British Folk Art.