Amy Winehouse film to be made by Senna director 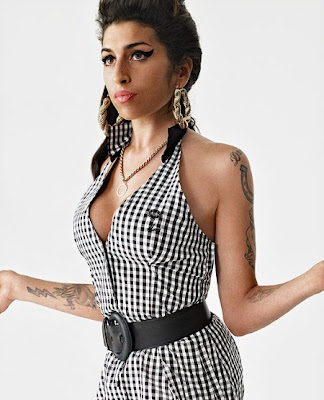 A British director will use previously unseen footage in a new documentary about the late singer Amy Winehouse.

Asif Kapadia won a Bafta for his 2010 documentary film Senna, which was about Brazilian F1 champion Ayrton Senna.

"Amy was a once-in-a-generation talent," said Asif Kapadia in a joint statement with film producer James Gay-Rees. "She wrote and sung from the heart."

The singer died in 2011 at the age of 27 from alcohol poisoning.

"Everyone fell under her spell," said the statement released by the film director and producer.

The documentary about Amy Winehouse will be similar to the award winning film Senna, which was shown worldwide in cinemas in 2011.

The Brazilian Formula 1 racing driver died at the age of 34.

Ayrton Senna was killed in a crash while leading the 1994 San Marino Grand Prix. He remains the last driver fatality in the sport.

In the film, there is footage taken by the Senna family and interviews with friends.

It finishes with people mourning at his funeral.

The Amy Winehouse film has yet to be given a title, but it is hoped it will be shown at Cannes Film Festival in May.