Bad Religion: new album and a couple of UK dates 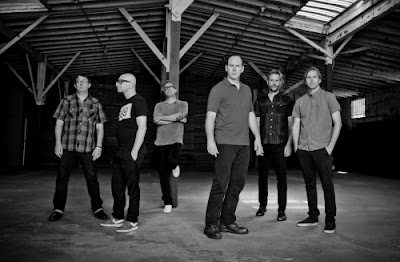 Preeminent punk band Bad Religion have announced two live dates in the UK this summer. They will play The Ritz in Manchester on 19th August and Koko in London on 20th August. Tickets are on sale now at www.gigsandtours.com/bad-religion
The band released their new album True North this January 21st on Epitaph Records to critical acclaim. In a world still brimming with rampant anti-intellectualism, inequality and oppression, the band’s signature brand of sonically charged humanist dissent seems as relevant as ever. On their newest record, the storied band deliberately revisits and refines the powerful and melodic Southern California sound they helped to define.

"Bad Religion see no reason to mess with the formula on their 16th album. Which is reassuring” - Mojo

“With its high-minded lyrical concerns, its family-sized choruses and its authors’ buoyant pursuit of what, in lesser hands, could be a restrictive musical form, True North is a superior addition to Bad Religion’s already towering body of work”. – BBC