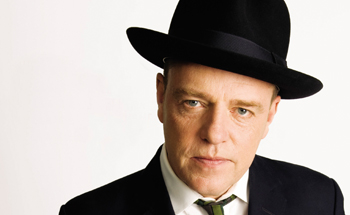 In Suggs: My Life Story the Madness frontman takes to the stage in a hilarious, yet moving, one man tour de force playing to rave reviews.

The death of Suggs' beloved cat on his fiftieth birthday triggers a personal quest to discover what happened to the father he never knew. Stunned by what he learns Suggs is taken back to his childhood on the tough streets of the 1970's Soho and his first appearance on the Top Of The Pops at the age of eighteen...

"Very funny, and delivered with a sense of timing and phrasing that many common-or-garden comics could learn much from" 4 stars Dominic Cavendish, The Daily Telegraph