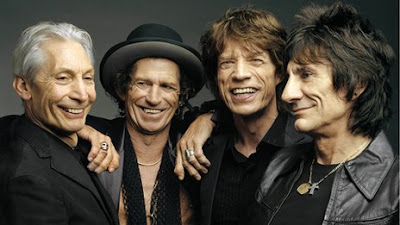 Rolling Stones drummer Charlie Watts has revealed he is not keen to play the "old hat" Glastonbury festival.

"I don't want to do it. I don't like playing outdoors and I certainly don't like festivals," he said.

The band, who will be playing the festival for the first time, are headlining on Saturday 29 June.

"It's not what I'd like to do for a weekend," said the 71-year-old, who told The Guardian he preferred playing in jazz bands in his spare time.

Watts, who complained about playing outdoors "because the cymbals move", said he was not interested in the laid back festival atmosphere.

"Glastonbury, it's old hat really. I never liked the hippy thing to start with," he said.

Lead singer Mick Jagger told the BBC this week that he would call U2 singer Bono for advice about their upcoming performance, following the Irish band's 2011 headline slot.

"'Don't do it!' might be his advice, but it's a bit late for that," Sir Mick said in an interview with the BBC's Colin Paterson.

The Stones will also play a gig in London's Hyde Park for 65,000 people on 6 July, for which tickets sold out in 3 minutes.

It is the first time the band have played the venue since their legendary free concert for an estimated 250,000 people in 1969.

The group angered some fans when they charged up to £406 for shows at the O2 Arena last year, but guitarist Keith Richards has not ruled out playing another free concert.

"I hope we'll do some others. Why not? If you find the right place and the right time to do it, I don't see why we shouldn't do others in the next year," he told the BBC.

The Hyde Park show is part of their 50 and Counting tour which also sees the band play 18 dates in North America.

"You've got to pace yourself," said 69-year-old Sir Mick, who has planned longer gaps between gigs to allow for more recovery time.