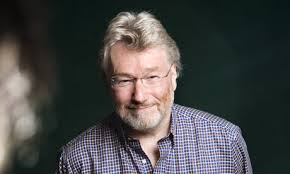 Scottish author Iain Banks has said the messages of support he has received from fans since announcing he has terminal cancer have been "astounding".

On 3 April, the writer announced he was suffering from gall bladder cancer, saying it was "extremely unlikely I'll live beyond a year".

Writing on Banksophilia, a website set up by a friend, he said: "Good grief! - what an outpouring of love, affection and respect. I honestly had no idea.

"I feel treasured," he added.

"I am deeply flattered and touched, and I can't deny I've been made to feel very special indeed."

Banks' first novel The Wasp Factory was published in 1984 and was ranked as one of the best 100 books of the 20th Century in a 1997 poll conducted by book chain Waterstone's and Channel 4.

"It's only the fact that I've been able to pre-announce my own demise that has allowed me to realise my portion of that love in full while I'm still around to appreciate it," he wrote.

"Which has got me thinking; I need to tell other writers how much their work has meant to me while they are (and I am) still alive."

"I think I'll start with the amazing Mr Alasdair Gray."

The 59-year-old wrote that he had recently returned to the UK following a short honeymoon in Venice and Paris with his wife Adele.

His proposal, he revealed with trademark black humour, ended with the words: "Will you do me the honour of becoming my widow?"

Banks cancelled public engagements following his diagnosis and asked his publishers to bring forward the release of his new book The Quarry.

In his latest post, he praised his fans as "bright, clever, highly informed and sometimes worryingly more intelligent than me".

He added that he was, "of course, deeply happy that I have attracted the attentions of a few of our - how can I put this politely? - more rationality-challenged friends".

The author had said there was little chance of surgeons being able to remove the tumours in his liver because of how far they had spread, but had since been offered health advice and links to medical trials that "will be looked at seriously".

He signed off the message by saying he would continue to write updates "for as long as I'm able".