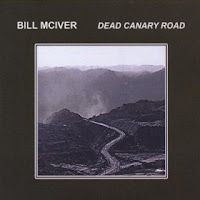 Bill McIver is a Californian singer-songwriter with plenty to say. He’s a throwback of sorts to the political writers who shaped the early 1960’s folk revival, like Phil Ochs and pre-electric Dylan, and of course, the originators, Woody Guthrie and Pete Seeger. I can’t think of a period in time when people were so disillusioned and disinterested in politics, especially the young, so hats off to McIver for raising his head above the parapet and letting loose on subjects that matter to him.

As with many folk-singer-songwriters he tackles universal themes by singing about local issues. Opening cut “Red Crayons” takes on gun control in the US and was written and recorded just one week after the Newton school tragedy. “Last Man On the Mountain” is about a particularly destructive form of coal mining called Mountaintop Removal (MTR), which is as drastic as it sounds, and causes considerable environmental damage. It’s particularly common in the Appalachia region, and he hits a similar target on “No Auburn, No Orange, No Rust”

He sings his songs in a unique style, which borders on spoken word, and if there’s any contemporary artist I’m be tempted to compare him to, it’d probably be John Trudell, though fans of Otis Gibbs would undoubtedly recognize a fellow traveler.
www.spidercagestudio.com
Bill McIver CD BABY Page
Tony S.