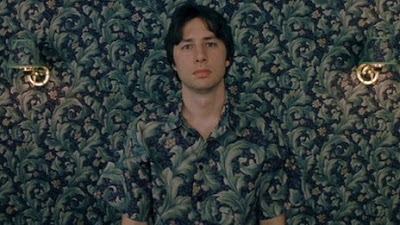 More than 20,000 fans donated money within 24 hours through a "crowd-sourcing" website.

Wish I Was here will feature Braff in the lead role as a struggling actor who has to home-school his children.

"I want you to be my financiers and my audience so I can make a movie for you with no compromises," Braff said in his appeal to fans.

The Emmy-winner wrote online that he did not want to lose his "artistic control" by signing a deal with a film studio.

"It would have involved making a lot of sacrifices I think would have ultimately hurt the film," he said.

Big Bang Theory actor Jim Parsons is lined up to co-star in the film, with Braff's Scrubs co-star Donald Faison likely to make a cameo.

Braff, who wrote the screenplay with his brother Adam, said he was inspired by the success of the campaign to bring TV detective series Veronica Mars to the big screen.

"I couldn't help but think maybe there is a new way to finance smaller, personal films that didn't involve signing away all your artistic control," he wrote on his donation page.

Cinematographer Larry Sher, who worked with Braff on Garden State and the Hangover comedy trilogy, has joined the actor on the new project.