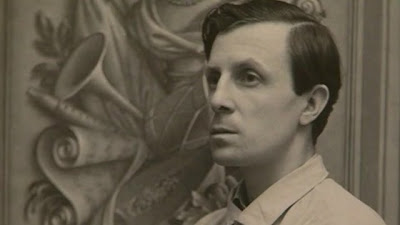 A museum's bid to buy a collection of material by 20th Century designer Rex Whistler has been awarded £350,000.

More than 1,000 items such as drawings, diaries and designs are in a personal archive The Salisbury and South Wiltshire Museum hopes to acquire.

The grant from the National Heritage Memorial Fund means the museum needs to raise a further £10,000.

Some 75 personal items of the Kent-born designer are currently on temporary display at the museum.

Between the wars Whistler had risen to prominence with a collection of work that included commercial designs for Wedgwood Pottery, Shell Petroleum, Guinness and The London Underground.

Adrian Green, museum director, said: "Acquiring the archive will ensure that future generations appreciate the talent of an artist whose work epitomises the interwar era."

As a member of the Welsh Guards, Rex Whistler trained as a tank commander on Salisbury Plain where he painted and sketched fellow soldiers as well as painted the inside of the officers' mess to make it look like a Bedouin tent.

After his death, Whistler's brother Laurence assembled the personal collection and it has remained in the family ever since.