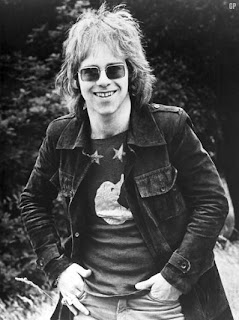 Sir Elton John is recovering following surgery to remove his appendix, his publicist has confirmed.

The 66-year-old underwent the operation at Monaco's Princess Grace Hospital on Thursday and has been recuperating at his home in Nice, France.

Sir Elton was forced to cancel a series of summer shows last month after being diagnosed with appendicitis, including a headline gig in London's Hyde Park.

He told The Sun he performed 10 shows "in agony" before he called doctors.

"I was a ticking time bomb. I guess I could have died at any time. I feel so lucky and grateful to be alive," he said.

The singer is expected to be well enough to be performing back on stage in September.

Last week, Sir Elton posted a message of thanks to his fans for their support on his website.

"I would like to thank the literally thousands of people who have sent me get well cards and messages over the past two weeks," he said.

"Your well wishes have touched me deeply and will play a big part in my recovery. I cannot wait to see you all and thank you in person when I resume my concert schedule later this year."

It was also announced the star would be the first recipient of the Brits Icon award, launched by Brit Awards organisers to celebrate major figures in music.

He will be presented with the honour at a special show in September.