Kasimir Malevich's burial site in Russia to be marked 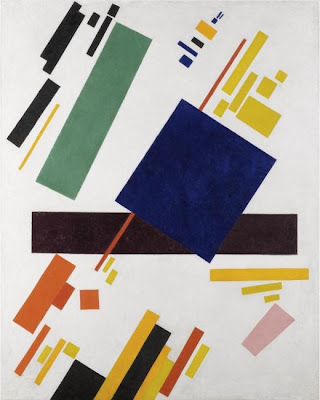 Russian officials say they will commemorate the burial site of the artist Kasimir Malevich, found to be under a new housing development in a Moscow suburb.

The world-famous abstract artist died in the Soviet Union in 1935.

An urn containing his ashes was buried in the suburb of Nyemchinovka, but the location was only pinpointed recently.

Now there are plans to put up a plaque and name a school after Malevich, who launched abstract Suprematism in art.

He is especially famous for a painting called Black Square. In 2008 another one of his paintings, Suprematist Composition, sold for $60m (£39m) at a Sotheby's auction in New York.

About 80 paintings by Malevich are on display in galleries worldwide.

The Moscow region's ministry of culture said the site chosen for the housing development did not have protected cultural status, as the ministry did not know where Malevich's ashes had been buried when the project went ahead.

Work on the development, called Romashkovo-2, began in 2011 and only a year later did a local group called "Nyemchinovka and Malevich" find the exact place where his ashes had been buried, the Russian Lenta.ru news website reports. By that time a block of flats had already been built.

During World War II a memorial plaque marking the site disappeared. Malevich had asked to be buried under a favourite oak tree, but that too disappeared in Soviet times and the field where it stood was repeatedly ploughed up.