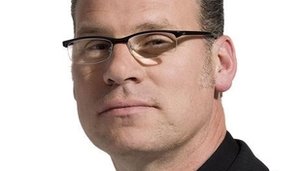 Mark Kermode is to be the new chief film critic for the Observer, the newspaper has announced.

The 50-year-old will take over from Philip French when he retires next month, aged 80, after 50 years in the job.

Kermode, who hosts a film review show for BBC Radio 5 live and also writes a blog for the BBC, has written for the Observer for more than a decade.

He said he was "honoured and thrilled" to be taking over the role.

"Writing for [the Observer] has always been a privilege and a joy," he said.

"When I first started working as a film critic over 25 years ago, Philip's Observer reviews were an inspiration. He was very even-handed, with a wonderful writing style. It goes without saying it is a very hard act to follow.

"No one can match his breadth of knowledge or elegance of expression, but I hope I can bring to the role the passion for cinema which Observer readers expect."

The BBC said Kermode was expected to continue with his commitments at the corporation.

French, who announced his retirement in May, will pen his last column for the Observer on 1 September.

Rated by an American film journal as Britain's "greatest living movie analyst", he was honoured with an OBE in January.

On his retirement, he said "not all artists have a life-lease on their talent", and the same could apply to critics. "But at least I am giving up now, while I still have my mind."