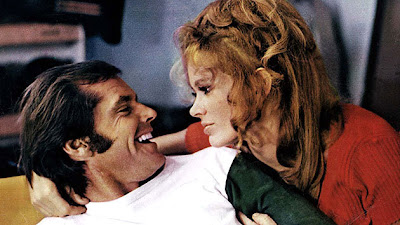 Hollywood star Karen Black, who featured in cult films such as Five Easy Pieces and Nashville, has died aged 74.

Hugely prolific, the Illinois-born actress appeared in more than 100 movies over a career spanning 40 years.

She shot to fame in 1969, starring as a prostitute in Easy Rider opposite Peter Fonda and Dennis Hopper.

She died at a clinic in Los Angeles, three years after she was diagnosed with cancer.

Her fourth husband, Stephen Eckelberry, posted the news on his Facebook page.

"It is with great sadness that I have to report that my wife and best friend, Karen Black has just passed away, only a few minutes ago," he wrote.

"Thank you all for all your prayers and love, they meant so much to her as they did to me."

Actress Juliette Lewis said: "Karen Black was my mentor and a 2nd mother to me. She inspired everyone she came in contact with. Her spirit/strength My luv [sic] is beyond words."

She earned an Oscar nomination and a Golden Globe award for her role as Rayette Dipesto in 1970 film Five Easy Pieces, opposite Jack Nicholson, as a waitress who dates an upper-class dropout.

She again starred with Nicholson a year later in Drive, He Said, which Nicholson also directed.

Black went on to star with Robert Redford and Farrow in 1974's The Great Gatsby, for which she won a best supporting actress Golden Globe for her role as Tom Buchanan's mistress Myrtle Wilson.

She later scored a Grammy nomination in 1975 after writing and performing songs for Robert Altman's musical drama Nashville, in which she played a country singer.

The actress also starred as a jewel thief in what turned out to be Alfred Hitchcock's last movie, Family Plot, released in 1976.

"We used to read each other poems and limericks and he tried to catch me on my vocabulary,'' she later said of Hitchcock.

"So I got him this huge, gold-embossed dictionary that said Diction-Harry, at the end of the shoot."

By the end of the 1970s, Black struggled to find quality roles and appeared mainly low-budget horror movies. In the 80s she moved into television, filming roles in series such as Miami Vice, Party of Five and Law and Order.

In 1993, she acted in a film which would turn out to actor River Phoenix's last, following his death from a drug overdose. Dark Blood was finally completed last year and was shown at a number of international film festivals.

Despite Black's extensive filmography, she had to turn to the public to help pay her healthcare costs after she was diagnosed with cancer.

She is survived by Eckelberry and two children.