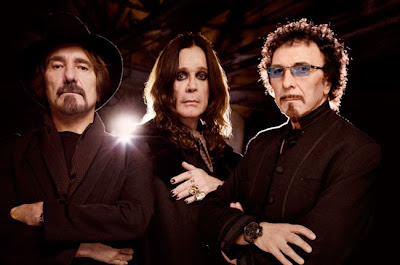 Heavy metal veterans Black Sabbath will pick up the living legend award at this year's Classic Rock Roll of Honour.

In doing so, they join the likes of Jimmy Page, Jeff Beck, Alice Cooper and ZZ Top.

"It's good to be a living legend," said the band's frontman, Ozzy Osbourne. "It's better than being a dead one."

The Birmingham band get their trophy at a ceremony in London's Roundhouse on 14 November. Osbourne previously won the award as a solo artist in 2008.

Black Sabbath's win comes after their latest record, 13, went to the top of the charts - giving the band their first number one album in the UK for nearly 43 years.

The group have also been nominated for band of the year, album of the year and event of the year for reaching number one.

They will compete against Iron Maiden, The Rolling Stones, Status Quo and, unusually, solo artist David Bowie for the band of the year title.

Eleven other records will vie for the album of the year prize including Bowie's The Next Day, Deep Purple's Now What?! and ...Like Clockwork by Queens of the Stone Age.

"It's wholly deserved as not only do they have a career to celebrate, but Ozzy, Geezer and Tony blasted back with a brilliant new album in 2013 that reminded us all how it should be done.

Fans can vote for their favourites online.