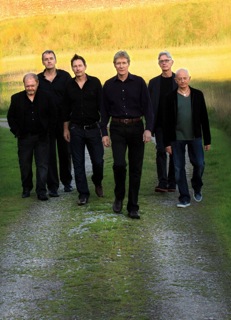 The Manfreds, with original ‘front man’ Paul Jones, will be performing many of the tracks from the highly acclaimed album ‘The Five Faces Of Manfred Mann’, which is to be re-released as part of their 50th anniversary celebrations, along with a mix of their biggest hits and the jazz and blues songs for which they’re famous.

Paul Jones, with his award winning harmonica sound, will be joined by Mike Hugg on keyboards, Tom McGuinness on lead guitar, Rob Townsend on drums, Marcus Cliffe on bass guitar and Simon Currie on saxophone/ flute- all excellent musicians who will provide a full evening’s entertainment with a few ‘surprise’ renditions of their work.