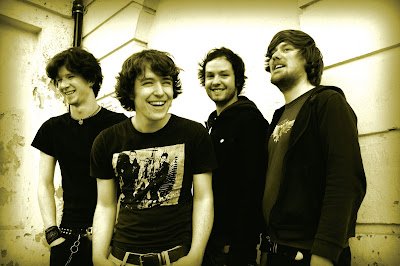 Brighton punk rock quartet Fighting Fiction are returning with their brand new second album ‘The Long & Short Of It’ out 16th September 2013 on Xtra Mile Recordings.

Teaming up with producer Mark Williams (Oceansize, Million Dead, Yourcodenameis:milo, Biffy Clyro & Enter Shikari) once again – they’ve created an album full of honest storytelling, catchy melodies and driving guitar riffs, that proves they’re a young band with a  knack for songwriting with something interesting to say.

Coinciding with the release is the single ‘Enabler’ – released on the same day as the album – and an impressive tour of the UK and Europe.