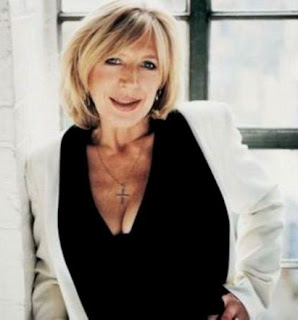 Marianne Faithfull has been forced to cancel several concerts in the US and Lebanon after an accident in which she broke a bone in her back.

The 66-year-old singer spent four weeks in hospital after fracturing her sacrum while on holiday.

The accident happened in July but only came to light after she announced she could no longer perform.

Faithfull, known for hits such as As Tears Go By, said she was "sad" to have to cancel the shows.

In a letter to fans in Beirut, she said: "I broke my back in July and hoped and prayed I would be better enough to be able to do the performance on 17 August, although it's not very long, but my recovery was going well. Alas.

"I have never been to the Lebanon though I know it through books. It looks like one of the most beautiful places in the world."

Faithfull - who had starring roles in films including Girl On A Motorcycle as well as several stage shows was injured while on holiday in the US.

She has since returned to her home in Paris to continue her recovery.

In addition to solo shows in New York and Chicago in September, Faithfull has also cancelled an appearance at a tribute concert to Edith Piaf in New York.

Her next album will also be delayed as a result of the accident.

Faithfull, who had drug problems in the late 1960s and during the 1970s, has received treatment for a number of health problems.

She was treated for exhaustion in 2004 and for breast cancer two years later. She also has hepatitis C.