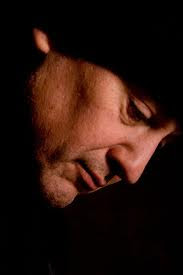 TELEVISION PERSONALITIES' DAN TREACY IN COMA
Television Personalities frontman Dan Treacy is currently in intensive care in an induced coma following surgery to remove a blood clot on his brain. Although the cause of the clot has not been divulged, the NME reports that a police investigation is ongoing.

In a statement to the NME, Treacy's bandmates said: "The band is very much concerned for our dear friend and Brother Daniel at this time, and we are all praying for a recovery".

Formed in 1978, Treacy is the only original member of The Television Personalities still in the band. Although Television Personalities are not as widely known as some other bands formed during the punk era, Treacy's songwriting has influenced many other artists. Most recently he was namechecked on MGMT's second album.
Posted by Bangs at 10/14/2011 12:34:00 pm