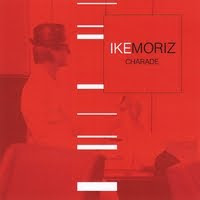 Ike Moriz – Charade (Mosquito Records London)
Inspired by Stanley Donen’s 1963 movie “Charade” (with Audrey Hepburn and Cary Grant), Ike Moriz’ 2010 release employs Latin arrangements to a collection of jazz vocal standards, as well as a smattering of latter-day pop songs. As always Moriz is in good voice, and with pianist A. McPike on exceptionally fine form, “Charade” is an album to cherish. Although, there is a question mark regarding one song selected, namely Stevie Wonder’s “I Just Called To Say I Love You”, a composition widely regarded as the artistic and critical nadir of Wonder’s illustrious career. Having said that, Moriz’ arrangement makes the most of it, though when compared with his takes on the Mancini / Mercer title track, or Joseph LaCalle’s “Amapola” it feels decidedly pedestrian – as it always was.

But let’s not worry about that. CD players are programmable for a reason, and there are 14 other tracks to be enjoyed. One of the real pleasures of hearing Moriz apply himself to the easy listening songbook is the particular timbre of his voice. So when he sings incredibly well known songs such as Irving Berlin’s “Let's Face The Music And Dance” or Norman Gimbel’s “Sway”, we feel no need to draw comparisons with other versions by Nat King Cole or Dean Martin, simply because they sound so different. The album ends with a refined version of Antonio Carlos Jobim’s “Quiet Nights Of Quiet Stars”, a fitting conclusion to fine, mellow album.
www.ikemoriz.com
Rob F.
Posted by Bangs at 10/29/2011 07:41:00 am