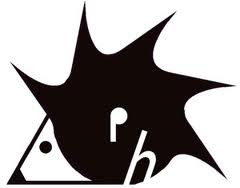 Our Indian Summer didn’t last very long here in the UK... still, it was an unexpected treat and we shouldn’t grumble, it is Autumn after all and I don’t mind the taste of Winter in the air – I tend to get more done when it’s cold outside. Anyway, not that much to share with you this month, but just enough to warrant an email in your inbox. We have two brand new albums around the corner for you; they are finished and now entering the manufacturing stages! One is the very latest by Peter Lacey, which sees him changing course somewhat, collaborating once again with poet/songwriter Stephen John Kalinich and also David Beard – editor of Endless Summer Quarterly, the celebrated Brian Wilson/Beach Boys magazine, have a look at their website here:

The stunning new album is called We are the Sand and really does see Peter rejuvenated and growing artistically - made all the more exciting and interesting my the involvement of Stephen and David. There will be an initial pressing of just 100 physical copies available, together with a digital release, so please be quick if you want to grab yourself one of the CDs when they become available. I will let everyone know as soon as they are ready to order. The second of our new releases is by the super-talented and super-cool, London-based outfit Mondo Jet Set. The album is called Ha, Ha, Ha and is without doubt the most musically satisfying, immediate and concise collection they’ve ever done. It’s a truly wonderful album, with fantastic songs and production, and in a more just world would have a sticker saying “Mercury Prize Winner” on the cover when it’s re-released next year! Again there will be an initial limited pressing on just 100 copies available, together with a digital release. Keep an eye out for full release details soon and songs to preview!

You may already know, but just in case you didn’t, we now have a Sound Cloud page for the label. This has given me an excuse to revisit our entire back catalogue, starting with SMILE1 (the now almost mythical and out of print Let it Brie by Cheese) and go through all our releases one by one, choosing my favourite track on each and posting it up in full on the site. I am putting up a new track almost every day, so please pop over there and take a listen to some of my choices so far... I wonder if you agree with the songs I have gone with? I am up to SMILE13 at the moment, so there are still plenty more to go:

Once I have worked my way through all our past achievements, I will be uploading exclusive tracks to preview from our upcoming new releases. One of these new releases, which hasn’t yet been mentioned, is a new single from singer/songwriter Si Jubb - this will be our very first vinyl release! Keeping things typically old school, Si hand-picked musicians for his backing band and brought them all together one Saturday afternoon a few weeks back and recorded the new song live in a record shop. He even invited members of the public off the street to come and add handclaps and enthusiasm to the proceedings. The result is a distinctly northern-soul flavoured piece of pop, that will hopefully mark the beginning of a new chapter in Pink Hedgehog’s history! For those of you local to Weymouth, the record shop was Chunes (9 Mitchell Street, Weymouth). Like myself, you may of thought that the (mostly vinyl) shop sold only dance music, but that is not the case... they have all sorts of wonderful music to explore, on both vinyl and CD. They even sell guitar and bass strings now, so you don’t have to travel all the way to Dorchester to buy them in person, and offer a professional vinyl record cleaning service. But most importantly of all, they now stock Pink Hedgehog releases! It’s been ages since you could buy our stuff “off the shelf” in Weymouth, so please do pop along there sometime and have a look at what’s on offer... they really do need (and deserve) our support!

Again, for those in the Dorset area, today sees the beginning of the 3-day LupusFest event at the newly refurbished and re-opened Kings Club in Weymouth. I’m planning to be there for much of the proceedings and my band Garfields Birthday will be taking part with a live set on Sunday evening. There is way too much good music to mention here, so please do check out the websites below (or today’s Dorset Echo) for all the details and support the live music and fundraising activities that are taking place over the weekend:

Fans of the now Berlin-based Anton Barbeau will be pleased to know that his new album/project Three Minute Tease is into the final mixing stages. He has recently returned from a short tour of Spain, and we be playing some UK dates with 3MT over the next few weeks, including a support slot with his idol Julian Cope – that would be like me supporting Neil Young or Brian Wilson! Here are the dates:

Anton has also released his first ever retrospective “best of” album called Empire of Potential... it’s a perfect introduction to Anton’s music if you’re a bit uncertain about where to begin exploring Ant’s idiosyncratic world of wonder.

Our end of Summer Sale has turned into the equally marvellous Autumn Sale! With many of our titles now becoming (or close to becoming) out of print, now is the time to fill the gaps in your collections, or snap up an album that you’ve been thinking about buying, for a silly bargain price. Many of the CDs can be bought for just £2.99 including free postage worldwide; so you can see it’s not really a money-making initiative, but as ever, an effort to tempt you into hearing some great music that has been made with a lot of dedication and commitment and just a little bit of love! Take a look at all that’s on offer here:

Finally, most people now seem to be on FaceBook, including Pink Hedgehog, so next time you are logged in, please pop along and join us, or like us, or whatever it is that will make us look popular. I always post up the Sound Cloud songs there every time a new track is uploaded, together with news on gigs and releases and anything that else that might seem noteworthy at the time!

Thanks for everything, please email be back with any questions, comments or simply to say hallo!