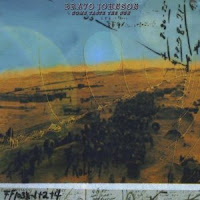 Bravo Johnson - Come Taste The Sun (Stone Junction)
Is this an invitation one should accept, even if it toasts the lips and crisps the tongue? If we don't take it literally we must assume that he’s referring to his music, which might possibly be a little brash on his part, a trifle over-confident. The question is, does it live up to the invite?

Indeed it does. It won’t burn you, even in the weirdest, most absurd or wildest circumstance. This isn’t an album that comes at you full tilt, roasting you as if it had been unleashed from an inferno. It’s far too mellow for that, like Neil Young at his most engaging, CSN at their prime and gentle best (though without any harmony vocals, as Bravo Johnson is, er, just Bravo Johnson), it’s a groove cut from the rock of Laurel Canyon - pun intended, and proud of it. Bravo Johnson has discovered the late ‘60s / early ‘70s vibe, dissected it, and with consummate ease (everything about the album is pure consummate ease) pasted his own words and musical picture all over it. He flies his own flag, and it’s a colourful array of rainbow delight. It has golden sunshine flowing through it, from start to finish.

I have now started to look for his earlier album “The Crooked And The Straight”, from the comfort of my rocking chair, of course, with the ease of the pioneer who has found a place on his newly built porch that is bathed in gentle, fading, evening sunlight, and wants now to create another spot in which to quietly slumber.
www.bravojohnson.com
Kev A.
Posted by Bangs at 10/29/2011 11:10:00 am