KARKWA LIVE IN THE UK 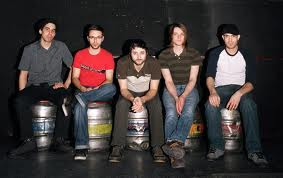 Montreal’s hottest band of the moment, Karkwa, are heading to the UK as part of their Autumn 2011 European tour. Many bands are referred to as the hottest, the bestest, about to explode…etc, etc, but not too many of them can also say they’ve:

Won the Polaris Prize for best Canadian album of the year
Just supported Arcade Fire at Pop Montreal in front of an estimated 100,000 people
Made the biggest selling digital Francophone album in Canada
Won a Juno Award for best Francophone album
Been nominated at the Juno’s for best alternative album – eventually losing out to Arcade Fire