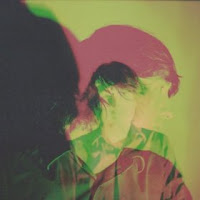 Mikal Cronin - S/T (Trouble In Mind)
There's a guy called John Dwyer who is credited with playing flute on the opening track, "Is It Alright", though you almost give up on him, as it’s nearly three minutes in before he makes his entrance. Anyway, the proceedings up to that moment are a wee bit frenetic, so you think it can't possibly fit in, but what do I know? When the flute does finally arrive it relegates the rest of the backing to a stand-in role, and it ups the ante to frantic. Still, it works, and the whole number sets a deliberate tone for the album. "Apathy", that follows, is a giant misnomer, and "Green & Blue" is a glorious mélange of skuzzy and moody playing, digging down below to produce three and a half minutes of indie-prog, which if it didn't exist before, it does now.

So, Mikal Cronin, who has apparently been struggling with a variety of personal problems, decides the best therapy to clear out the cobwebs in his mind should be musical. Well, whether or not it’s cured him, I’ve no idea, but it must certainly have cleared his cerebrum of snags, and niggles, and mutant moments as they’re all on here! He’s transferred his thoughts to lyrics, whilst simultaneously prescribing the inelegant (but oh-so-perfect) music. Half-baked this is not, but you need to prepare to be swept along in the noise swirl that lashes out in all directions, taking no prisoners, disturbing the peace in every direction, with snatches of early ‘60s pop one-second, late ‘80s underground snarl the next, and then they come together, and magically co-exist... just.

This is music for folks who want to freak out, and not worry about the consequences. It’s possible you may hear some California sunshine in here, and a bit of Glasgow downpour, too, but you’ll certainly wake up somewhere else, and I can’t guarantee what the weather will be. Not that that actually matters, as it’s going to be throbbingly marvelous wherever you wash up.
www.troubleinmindrecs.com
Kev A.
Posted by Bangs at 10/29/2011 10:06:00 am