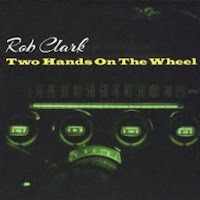 A resident of Boulder, Colorado, singer-songwriter Rob Clark has been a constant on his local scene for the last few years, hosting jams and playing shows wherever he can. He plays his music - for the most part, blue-collar country-rock with a streak of rock ‘n’ roll nostalgia - with enthusiasm and vim, and plenty of talent. He’s been writing songs for 30 years, so there was no shortage of road-tested material to choose from when it came to recording “Two Hands On The Wheel” and it’s an album that plays well, and retains a singular artistic vision, from beginning to end.

Pinning down his influences isn’t altogether straightforward, though I imagine artists like Bruce Springsteen, Tom Petty and Steve Earle have provided inspiration as Clark has developed his songwriting skills. He certainly understands the importance of narrative within his chosen genre, and the short stories collected on “Two Hands On The Wheel” twist and turn, and never lack sustenance for hungry imaginations.

Beginning with one of his strongest songs, “Black Thunderbird At Night” is pure-bred Americana, with plentiful references to cars, girls, music and long hot summer nights. It’s a classic combination, which Chuck Berry probably invented and many have imitated, so it’s to Clark’s credit that he not only brings something new to the table, but does so with a song that’s full of hooks, and raises an instant knowing smile. I think my favourite may well be “First One Back to Town”. It’s stripped-back arrangement oozes atmosphere, and Clark is on exceptional vocal form.
www.robclarkmusic.com
Rob Clark CD Baby Page
Phil S.