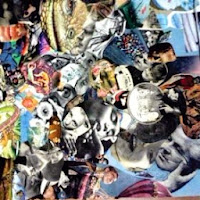 In 2012, Jordan Holt, a native of Minneapolis, decamped to the plains of South Dakota to spend a year “in reflection and meditation”. His “Feral Children” EP is the direct result of the time he spent away, and the months of tranquility have informed a collection that is both eerie and pensive, and also beautifully peaceful. It’s almost as if weights have been lifted and simple pleasures rediscovered, and the effect on the listener is wholly positive.