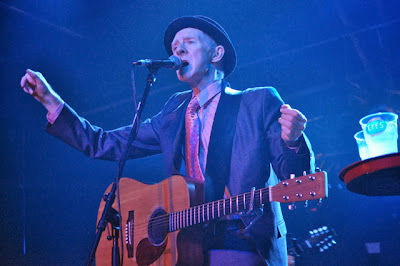 Philip Chevron, the guitarist with The Pogues, has died aged 56.

"After a long illness Philip passed away peacefully this morning," a message on the band's website said on Tuesday.

"He was unique. We'll miss him terribly. Dublin town, and the world, just got smaller," it said.

Chevron was treated for head and neck cancer in 2007, but a new inoperable tumour appeared in August 2012.

Born Philip Ryan in Dublin, he formed punk band The Radiators From Space in 1976 before joining The Pogues, who became best known for their 1984 Christmas hit single Fairytale of New York featuring Kirsty MacColl.

Chevron went on to complement the group's frontman and main songwriter Shane McGowan, writing several of the band's songs, including the popular track, Thousands Are Sailing.

"Those of us on pogues.com are at a loss for words," the message continued.

"We all send our sincere condolences to his family. His loved ones are in our thoughts."