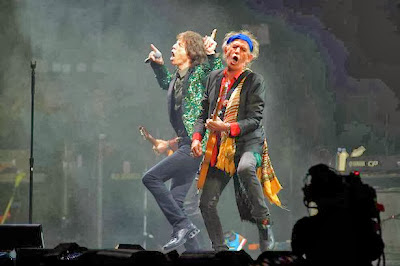 Tickets for next year's Glastonbury Festival have sold out in record time, according to organisers.

Michael and Emily Eavis issued a joint statement confirming all 120,000 remaining tickets had been sold in just one hour and 27 minutes.

They said they were "blown away" by the numbers logging on and were "genuinely sorry" that so many had missed out.

The site, which had been managing the sale of tickets for Glastonbury, wrote that the issues had led to "a very difficult half an hour" before the site stabilised, later adding that it was selling 3,000 tickets a minute.

Prices for the 2014 event had been increased by £10 to £210, plus a booking fee, but festival-goers could pay a deposit of £50 before settling their bill in April.

For the first time, coach packages were available three days earlier, with all 15,000 tickets selling out in half an hour.

A statement by the father and daughter Eavis team, Michael and Emily, was posted on the festival's own Twitter feed, saying: "We genuinely try to make the ticket system as fair as it can be, but when demand outstrips supply, it is an unfortunate inevitability that some people will be left disappointed."

They went on to thank people for their "incredible support", adding: "We really don't take it for granted and we are exceedingly fortunate to have that loyalty."

No acts have yet been confirmed to play at the festival at Worthy Farm between 26 and 29 June next year, but there is already speculation about who will headline.

David Bowie is one of the bookies' favourites, with other rumours including Foo Fighters and Fleetwood Mac.

This year saw Arctic Monkeys, Rolling Stones and Mumford and Sons top the bill on the festival's famous Pyramid Stage.