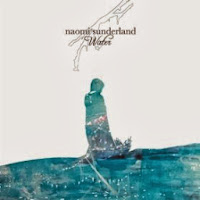 There’s something ethereal and quite magical about Naomi Sunderland’s “Water” EP. The Inverell, New South Wales native (now living and working in Brisbane) has fashioned a collection that captures the opaque nature of its titular theme without sacrificing genuine substance (and songcraft). Names like Cocteau Twins and Arthur Russell come instantly to mind, but also Celtic ambi-folk artists like Enya - and its Sunderland’s ability to straddle both worlds that’s so intriguing.

Known primarily as a singer-songwriter, her previous releases have been acclaimed, though genre-wise, she’s generally been described as country-folk. New musical partnerships and collaborations have moved her into another direction altogether, and the mix of seemingly open structures, atmospheric electronica and Sunderand’s exceptional voice is difficult to resist. All four tracks rouse different moods and sensations, and like the best ambient music, you find yourself subconsciously absorbing nuances and subtle shifts in emphasis.

It’s certainly a collection to engage with as a whole, but I can never resist picking favourites. Opening piece “The Bell” is one of them. It might be the most “folk” track here, and is propelled beautifully by incredibly simple percussion, while Sunderland’s voice swoops and soars alongside a slowly evolving electronic wash. Equally perfect is “Willow”. Languid beats move the song along, while keyboards add melody and effects, but again, it’s Sunderland and her song at the very centre, transporting the listener to a nicer, gentler place.
www.facebook.com/naomisunderlandmusic
www.reverbnation.com/naomisunderland
Naomi Sunderland CD Baby Page
Phil S.