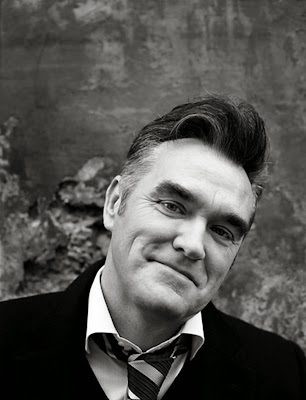 Morrissey's autobiography is to be published later this month after the former Smiths singer resolved a dispute with his publisher that had threatened to derail the book's release.

Last month, the singer claimed "a last-minute content disagreement" with Penguin had led the deal to "collapse".

Despite initially saying he was seeking a new publisher, Morrissey has now patched up relations with Penguin.

Penguin Classics said Autobiography by Morrissey would come out on 17 October.

That is a month later than the original publication date of 16 September.

A Penguin spokesperson declined to comment on the cause of the dispute and the delay.

The memoir is expected to lift the lid on the 54-year-old's life growing up in Manchester and his relationship with his former bandmates in The Smiths, one of the most important bands in British music.

He has enjoyed a successful solo career since the band split up in 1987 and is also known for outspoken views on animal cruelty, politics and the royal family.

This year, the singer suffered a series of what he referred to as "medical mishaps" which led to him cancelling his US tour.

He was also forced to cancel part of his South American tour in July due, he said, to a "lack of funding".