Noel Harrison: Windmills Of Your Mind singer dies at 79 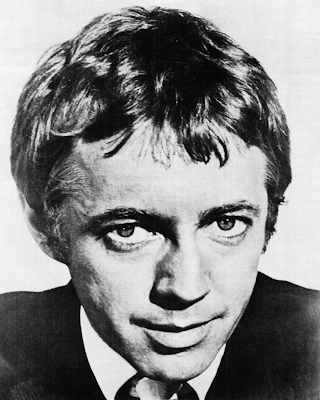 Singer Noel Harrison has died at his home in Devon, aged 79.

The son of the actor Rex Harrison, he was best known for recording the hit song The Windmills Of Your Mind on The Thomas Crown Affair soundtrack.

It won best song at the 1968 Oscars and was later covered by artists including Dusty Springfield.

Harrison spent much of his life in America, as an actor and performer, but moved back to the UK in the last decade or so to live in South Devon.

He once said, of recording The Windmills Of Your Mind: "It didn't seem like a big deal at the time. I went to the studio one afternoon and sang it and pretty much forgot about it."

Harrison continued: "I didn't realise until later what a timeless, beautiful piece Michel LeGrand and the Bergmans had written. It turned out to be my most notable piece of work."

After moving to the US, he starred in the TV series The Girl from UNCLE and had chart hits with A Young Girl and Suzanne, by Leonard Cohen.

On his website he wrote: "I was part of the 'British Invasion' spearheaded by The Beatles. I bought a nice house in Los Angeles.

"There was another US charts record and four years of endless TV appearances, theatre tours and star-studded social occasions."

However he revealed he "didn't like being a celebrity" and spent his sixties mixing performing with construction work before moving back to the UK, adding, "I was well out of the goldfish bowl and I liked it."

Harrison was born in London on 29 January 1934, to Rex Harrison and his mother, Collette Thomas, the first of six Mrs Rex Harrisons.

They later divorced and he lived in Bude, Cornwall, with his mother's parents before she took him to live in the Swiss Alps at 15.

Harrison never went to school again but indulged his passion for ski-racing instead, becoming British champion in 1953.

He was married three times and had children and grandchildren from his first two marriages.

An admirer of Jacques Brel, Harrison created a one-man musical, Adieu, Jacques in the 1980s and, in 2002, released an album of songs from the show.

Harrison played Glastonbury Festival's Spirit of '71 stage in 2011, marking 40 years since his first appearance at the festival.