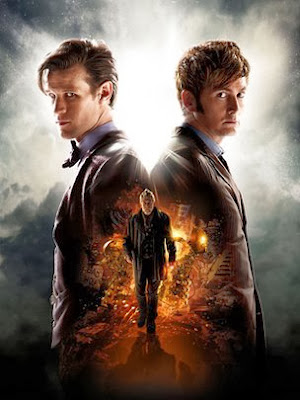 The 50th anniversary episode of Doctor Who will be broadcast simultaneously in more than 70 countries.

The Day of the Doctor, which will star the current Doctor Matt Smith and his predecessor David Tennant, will also be shown in more than 200 UK cinemas.

So far TV networks in 75 countries have agreed to air the show on 23 November.

Tim Davie, chief executive of BBC Worldwide, said he hoped to to take "appointment viewing" to "another level".

"In its 50th anniversary year, we wanted to create a truly international event for Doctor Who fans in as many countries as possible," he continued.

"The simultaneous broadcast and cinema screening of the special across so many countries will make for a fitting birthday tribute to our Time Lord."

Smith and Tennant will appear in the 75-minute episode alongside John Hurt, introduced as 'The Doctor' at the end of the last instalment broadcast.

The BBC has announced a raft of programmes to celebrate the anniversary of the much-loved sci-fi staple.

Highlights include a BBC Two lecture by Professor Brian Cox on the science behind the show and An Adventure in Space and Time, a drama by Mark Gatiss about the show's inaugural episode.