Nirvana up for Rock and Roll Hall of Fame honour 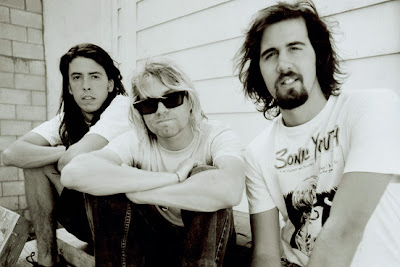 Nirvana are among 16 acts nominated for entry into the Rock and Roll Hall of Fame in 2014.

It is the first time the US rock group behind the seminal 1991 album Nevermind have been eligible for admission.

Rules state that candidates must have released their debut album or single at least 25 years before 2012.

Linda Ronstadt, Hall and Oates, Peter Gabriel and British prog-rock band Yes are among the other hopefuls receiving their first nominations.

Ronstadt's nomination follows the 67-year-old's revelation in August that she has been diagnosed with Parkinson's disease.

More than 600 music industry personnel will vote to select the inductees, who will be announced in December.

An induction ceremony for the chosen honourees will be held in New York in April.

Brit rockers Deep Purple, Kiss and The Replacements are among the other bands in contention.

If selected for induction, Nirvana will enter the Hall of Fame almost exactly 20 years on from frontman Kurt Cobain's suicide in April 1994.

According to the Hall of Fame's nomination citation, the Seattle rockers are "proof that the right band with the right noise can change the world".

Gabriel, previously inducted into the Hall of Fame in 2009 as a member of Genesis, is in contention again for his work as a solo singer-songwriter.

Based in Cleveland, Ohio, the Rock and Roll Hall of Fame has been inducting performers since 1986.