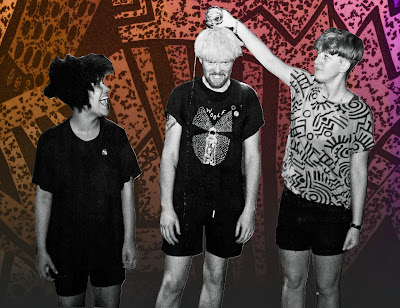 Like witnessing a double rainbow shooting through a grey-hued skyline or finding loose change behind the sofa, Shopping is one of life's little pleasures. From the Cerberean entrails of one of the UK’s most in-demand* DIY supergroups comes ‘Consumer Complaints’; a thrilling 13-track trolley dash down the aisles of snake-hipped, groove riding, tough talking, life-loving post-punk funk. The album is released on 4th November via Milk Records (preorder), listen to 'In Other Words' here...

Shopping - 'In Other Words'

Take the 'con' away from consumerism and put the 'super' back in Supermarket Sweep. Edinburgh may have had the Shop Assistants but East London has...Shopping. This is the sound of ESG and the Au Pairs flogging Seiko watches on Portobello Road with Anne Robinson.

'You Are A Sort (Don't Call Me)' is a murky disco riposte to bad vibes, ‘We Say You Pay’ is a state of the nation address to anyone who will listen and ‘Right Now’ is all about the slinky bass lines.

That’s not forgetting the frothing surf guitar of the memory-ingraining ‘In Other Words’, the band’s debut 7” which sold out in just ten days. Yes.

With influences stretching from the golden days of New York post-punk to quintessentially British messthetics and early Rough Trade singles, Shopping – Billy Easter, Andrew Milk and Rachel Aggs - formed in 2012 down in the dark subterranean enclaves of Power Lunches arts cafe and venue in Dalston.

They spent summer 2013 making jaws drop from Berlin to Bradford on their first ever Euro tour and totally owned the airwaves during their recent BBC 6 Music Session for Marc Riley. 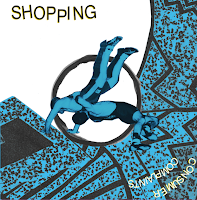