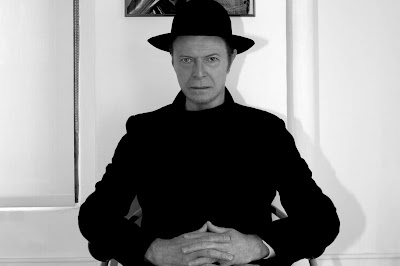 David Bowie and newcomers Laura Mvula and Jake Bugg are among the nominees for the 2013 Barclaycard Mercury Prize.

The competition, which names the best British and Irish album of the year, also includes Arctic Monkeys, Foals, Laura Marling, Rudimental and Savages.

"It's always a challenging task to decide a shortlist of just 12 releases and that has been made all the more difficult by the sheer volume and quality of music that's been released."

The finalists were chosen from more than 220 albums, submitted to the panel by their record labels. A winner will be announced on 30 October in London.

Bookmakers William Hill have installed Bowie as the favourite alongside the Arctic Monkeys album AM.

Released this week, AM follows the Sheffield quartet's second headline slot at Glastonbury in June, and a performance at last summer's Olympic opening ceremony.

The group said they were "delighted and hugely flattered" by the nomination.

The Ziggy Stardust singer broke a 10-year silence in the early hours of 6 January this year by releasing a new single, Where Are We Now.

It preceded his 24th studio album, The Next Day, recorded in secret over two years with long-time producer Tony Visconti.

He has never won the Mercury, now in its 21st year, whereas the Arctic Monkeys picked up the accolade in 2006 for their debut album, Whatever People Say I Am, That's What I'm Not.

At the announcement, most artists were in awe of the prospect of Bowie attending October's ceremony.

"It's surreal to be on the same shortlist," said electronic artist James Blake. "But its a testament to how inventive and effortless [he is]."

Only five of this year's nominees are in the running for the first time.

Among them is BBC Sound Of 2013 candidate Laura Mvula, whose critically-acclaimed Sing To The Moon mixes soul melodies, orchestral flourishes and gospel chants.

Confessional singer-songwriter Laura Marling, on the other hand, notches up her third nomination at the age of just 23.

Jon Hopkins, who has collaborated with Brian Eno and Coldplay, gets his second commendation, this time for his expansive techno album, Immunity.

He said: "I am a bit stunned to have been nominated this year. For an album of not exactly hummable electronic music to get such an accolade is amazing and a total surprise."

Oxford quintet Foals are also on their second nomination, for the contorted rock of their fourth album Holy Fire.

Drummer Jack Bevan remembered the 2010 ceremony, when the band lost to The xx, as "a very weird experience".

"Every single person in the room has the same anxiety, so you have thousands of people together who are not relaxed."

Despite that, bands appreciate the exposure a Mercury nomination can bring.

"We just suddenly felt this mainstream interest - which was interesting for a band like us, because we don't try to write the obvious, mainstream hits. We just follow our dreams."

Simon Frith, chair of the judging panel, described the list as a celebration of "a fascinating year for British and Irish music."

The eclectic mix of artists reflects "that there is no dominant pop sound" at the moment, he told the BBC.

"You don't have Adele and all her imitators in the charts, so it's kind of an open field."

A number of heavily tipped records failed to make the list, including London Grammar's If You Wait and Bad Blood from pop four-piece Bastille.

The winner will be revealed on Channel 4 next month.