Review: Scott & Charlene’s Wedding – Any Port In a Storm

Scott & Charlene’s Wedding – Any Port In a Storm (Fire Records) 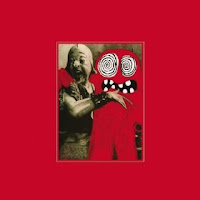 Taking their name from the pinnacle moment of Australian soap history, “Any Port In a Storm” conjures those kind of mullet mopped, misty-edged memories that would be best left back in the late ‘80s - but Scott & Charlene’s Wedding have a sense of humour and want to exploit that cheesy nostalgia to their advantage.

For the Aussie indie outfit it would appear Neighbours was not the only point of note from 1987 – it was also a great period for the indie music scene, before the majors started paying attention, and there’s a real feel of that era in some of their tracks. The loose jangle of “Clock Out and Leave” and “Spring St.” have the carefree abandon and musical indifference of luminaries of that quarter-of-a-century-ago scene, bands like The Pooh Sticks, The Pastels and The Wedding Present.

Craig Dermody’s move to New York has informed the good humoured tales of his everyday life - as a low profile musician - and its scene seems to have influenced the recording, with tracks like “Lesbian Wife”, which tickles like the more group oriented outings of Jeffrey Lewis and the Modern Lovers-lite “Downtown”.