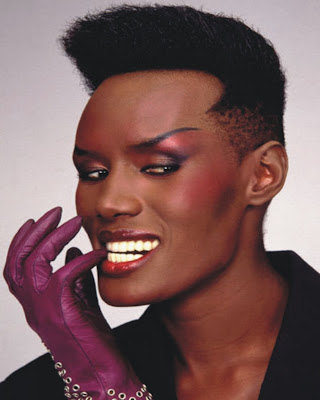 Grace Jones is to tell her life story, despite saying she would never write a memoir.

The singer has signed with Gallery Books, an imprint of Simon and Schuster, to write a book scheduled to come out next year.

The Jamaican-born model, actress and singer said she changed her mind because "if she didn't do it, someone else would".

Her song Art Groupie began with the line: "I'll never write my memoirs."

Gallery Books said among the stories the 65-year-old planned to share included rooming with Jerry Hall during her model days, collaborating with Andy Warhol and acting with Arnold Schwarzenegger in Conan the Barbarian.

The actress is also likely to have stories from her time filming James Bond film A View to a Kill and her regular visits to the famous New York club Studio 54.

Last year she performed Slave to the Rhythm while hula-hooping for the Queen's Diamond Jubilee Concert at Buckingham Palace.