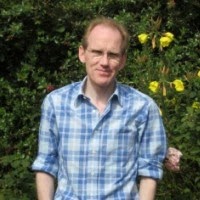 Poet CJ Allen has withdrawn from the Forward Prize shortlist after admitting to plagiarism in some of his earlier work.

His poem Explaining the Plot of Blade Runner to My Mother Who Has Alzheimer's was up for best single poem. The awards take place on 1 October in London.

In an email to the Forward Arts Foundation, Allen wrote: "I accept that I did plagiarise certain poems (although it was genuinely not my intention to deceive), and that I am withdrawing from the competition because of the intolerable strain of the recent, negative publicity surrounding this.

"However, I continue to maintain that the poem submitted to the Forward Prizes is original."

Writing on his blog earlier this month, Welton said he first noticed Allen had plagiarised his work in May 2012, a few days after seeing him give a reading in Nottingham.

He subsequently bought a couple of Allen's books but when looking through At The Oblivion Tea Rooms, he "noticed that a number of the poems were in fact versions of my own poems with a few changes made".

Explaining why he had only decided to bring this to light now, Welton wrote that: "At the time I felt I wanted to write something about the experience, but didn't feel any hurry to get it done" adding that he had recently been prompted to do so partly due to Allen's Forward Prize nomination.

Welton said a friend had asked him if Allen's shortlisted entry was plagiarised from any of his writing, but it was not.

Welton's poetry collections include The Book of Matthew, which won the Jerwood-Aldeburgh First Collection Prize.

Allen's collections include A Strange Arrangement: New and Selected Poems. He has been widely published in magazines from Modern Painters to Poetry Review.

Jeanette Winterson, chairman of the 2013 Forward Prizes judging panel, said: "We thought the poem had depth, wit, truth and elegance. Maybe CJ Allen is a shyster, maybe not. Our job wasn't to pass judgement on people or process , but to find good poems."

The Forward prizes will be awarded at the Southbank Centre on 1 October and the shortlisted poetry will be read by actors including Helen McCrory, Samuel West, Juliet Stevenson, Ian Hart, David Soul and Natascha McElhone.