Glastonbury 2014: Tickets to go on sale in October 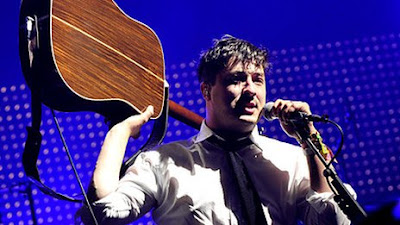 Mumford & Sons headlined the Sunday of this year's Glastonbury Festival

Weekend tickets for Glastonbury Festival 2014 will go on sale at 9am on Sunday 6 October.

It'll cost £210 to attend but festival-goers will only have to pay a deposit of £50 next month before settling their bill in April.

For the first time, coach packages will be available three days before the main ticket sale on Thursday 3 October.

No acts have been announced but organiser Michael Eavis says the three headliners are in place already.

The Rolling Stones, Arctic Monkeys and Mumford and Sons headlined the event at Worthy Farm, Somerset, in 2013.

"There aren't many left [to play here]," he said. "It's the process of elimination isn't it?

"I think we've got three or four really good ones lined up for next year and we're sorting out 2015 as well."

"The Stones were absolutely brilliant, all the other stuff we're doing in the southeast corner was absolutely fantastic," he said.

"[It's] downhill all the way now. I've had 44 years of an incredible career and we're still milking the old cows as well."

Festival-goers will have to register on the Glastonbury website before buying tickets and will be able to buy up to six each.