Roger Waters: 'I was wrong to sue Pink Floyd' 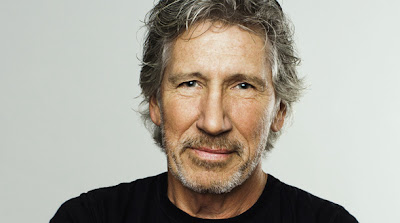 Roger Waters has said he regrets taking legal action against his former bandmates Pink Floyd in the 1980s.

The singer and bass guitarist sued David Gilmour and Nick Mason in 1986, in an attempt to prevent them from using the name, claiming the group was "a spent force creatively."

Speaking to the BBC's HARDtalk programme, Waters conceded: "I was wrong! Of course I was. Who cares?"

He also revealed he was working on his first new album since 2005.

"I've had a few breakthroughs recently which I won't talk about," he told Stephen Sackur, "but I am going to make another record.

"I've had a very, very strong idea and I shall pursue it. I will make at least one more record and I am really looking forward to getting my teeth stuck into it."

Waters left Pink Floyd in 1985 and told HARDtalk he still believed it was the "correct thing" to do, "so I could express my ideas unfettered".

His subsequent court case against the remaining members lasted two years and was eventually settled out of court, in a Christmas Eve meeting on Gilmour's houseboat.

"It's one of the few times that the legal profession has taught me something," Waters said of the matter.

"Because when I went to these chaps and said, 'Listen we're broke, this isn't Pink Floyd anymore,' they went, 'What do you mean? That's irrelevant, it is a label and it has commercial value. You can't say it's going to cease to exist... you obviously don't understand English jurisprudence.'"

The bandmates have since resolved their differences, and reunited for the Live 8 concert in 2005. Gilmour and Mason also made a one-off appearance at Waters' The Wall show in 2011.

The tour, which reached Wembley Stadium last week, has faced criticism for its use of the Star Of David, which at one point is projected onto an inflatable pig, alongside the crucifix, the dollar sign, the hammer and sickle, and other symbols.

Groups including the Anti Defamation League (ADL) and the Simon Wiesenthal Center have criticised the sequence as anti-Semitic, noting that Rogers has previously condemned Israel for its treatment of Palestinians.

But Waters defended the imagery as "satire", and noted that the ADL had retracted its criticism after seeing the show.
Asked if he had considered changing the imagery, Waters said: "Of course, I think about it every day. You can't dismiss people's feelings."

However, he said, it would be wrong "to pretend these problems in the Middle East don't exist".

Paraphrasing US writer Elie Wiesel, he added: "The greatest sin of all is to stand by, silent and indifferent."